Leading Russian battery manufacturer the AKOM plant prepared a novelty for car owners — a battery with improved EFB technology compliant with international quality standards. Thanks to the improved separator and design of the plates, the working lifespan of the new model has been doubled versus a standard battery. The most remarkable feature of the new battery is its significantly increased starting currents.

In 2017, the AKOM+EFB battery was awarded the prize “Innovative Product of Russia.”

Confidence in the quality of the released products – the warranty covers almost the entire working lifespan of the battery.

2. Operation in any climate conditions
The battery withstands rapid temperature changes and has high performance under extreme conditions of heavy frost (−40) and strong sun (+50).

3. Doubled battery life and cyclic load endurance
The battery can endure over 240 charge-discharge cycles, unlike a standard battery which can only handle 120 cycles.

4. Deep discharge is not a problem
Unlike classic starter batteries, which lose 5 % of their performance after each deep discharge. 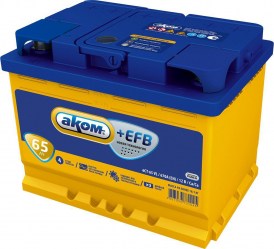 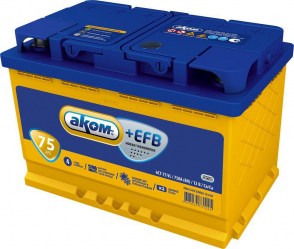 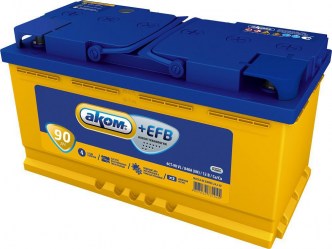 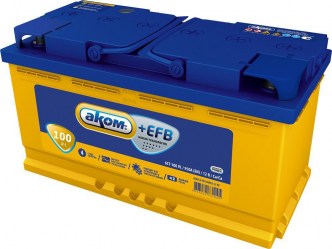 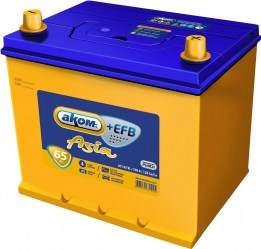 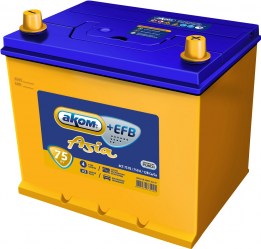 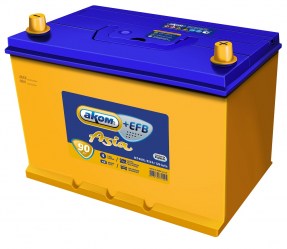 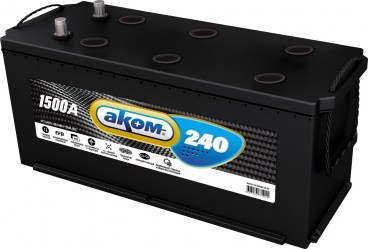